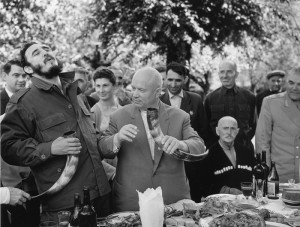 The history of Soviet Photography isn’t well known in the Western World, especially during the decades following the Communist Revolution and the Second World War during when our greatest enemy was the spread of communism over capitalism. The Cold War raged on for several decades, but amazing photography didn’t die behind the Iron Curtain, in […]