“The Terminal” by Alfred Stieglitz

Photography is the world frozen in a single moment, and when that moment is passed, it fades away like a forgotten thought. Those photographs, those fractions of a second, capture the emotion and equivalence of the photographer. From the beginnings of photography, Alfred Stieglitz was the first to apply the notion of equivalence, i.e., where a photographer or artist draws an emotional connection and meaning to their photographs.

Equivalence, a theory from a painter named Kandinsky, was the philosophical belief that colors, shapes, geometric lines, and composition, mirror the intention and emotion of the artist. To Stieglitz, his photography symbolically represented and corresponded with his emotions, thoughts, experience, and ideas; and also mirrored his spiritual and emotional feeling.

“Equivalence is a function, an experience, not a thing. Any photograph, regardless of source, might function as an Equivalent to someone, sometime, someplace. If the individual viewer realizes that for him what he sees in a picture corresponds to something within himself—that is, the photograph mirrors something in himself—then his experience is some degree of Equivalence. (At least, such is a small part of our present definition.)” — Minor White

The philosophy behind photography is like any other art form that begs the existential question: “What is the meaning of a photograph?” This is, of course, a different story for every photographer because our experience and reasons for making photographs mostly have a different significance.

Powerful photographs have the ability to move the viewer in an emotional way, and often the photographer whose captured the image, shows something we are removed from. Whether a photographer is storming the beaches of Normandy like Robert Capa during the D-Day Invasion, the devastation of the war with W Eugene Smith shooting Japan during the second world war, Don McCullin capturing the thousand-yard stare of an American Soldier in Vietnam, or Eddie Adams freezing the exact moment of when a Vietnamese General shoots a Vietcong prisoner, their photographs burn into our collective consciousness, and make us see and feel what the photographer witnessed and experienced emotionally.

Many of these images, especially Eddie Adam’s image, haunt photographers for years after they are made. Photographers like Sebastiao Salgado who shot the atrocities in Rwanda and lost faith in humanity and stopped photographing. Luckily for us, he started up again with a new project that focused on the natural world, which was an emotional rebirth for him to shoot again and he still makes extraordinarily beautiful black and white photographs. 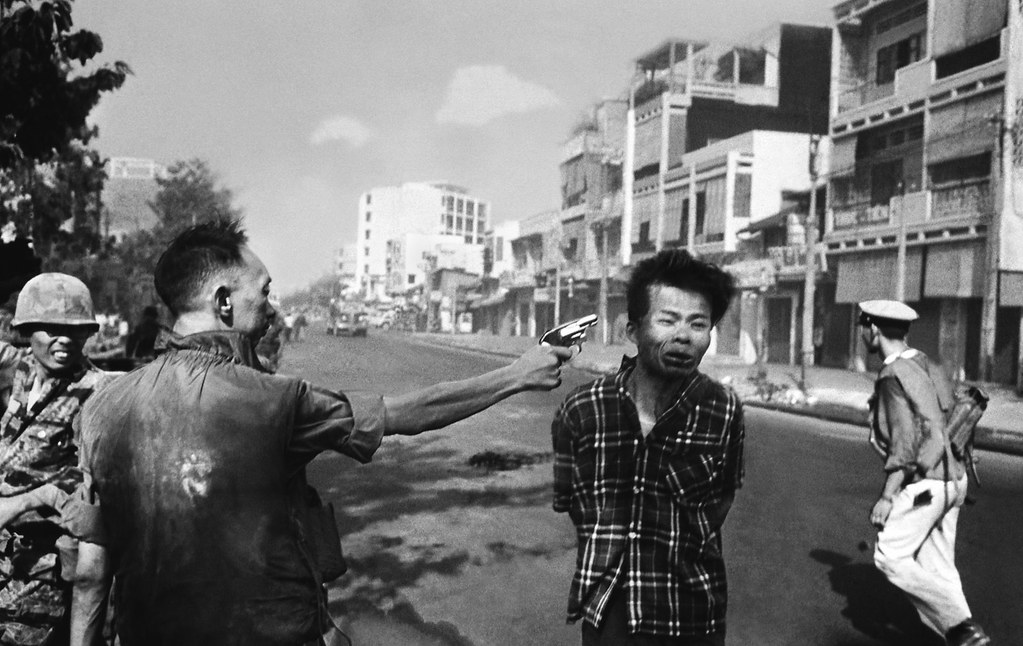 Photographs are powerful. They have the power to move both the audience and catalyze the photographer to create more. A photograph is many different things to many different people, but those that hang in museums all have equivalence behind them.

It is natural, for us to ask questions about life and to be curious about everything going on in the world. Photography brings joy, horror, sorrow, grace, indifference, etc., to our conscious state and invokes our emotions. Whether they are words that move, or pictures that captivate, equivalence is one of the most powerful ideas behind the creation of art.

While the motivation for being a photographer may not be the same for every photographer, the desire to fulfill some need is present. The proclivity to snap the shutter satisfies something within the creator, whether it’s a basic hobby or the desire to make something that moves them and their audience.

I began watching a documentary on W Eugene Smith called “Photography Made Difficult” on YouTube and was moved by his philosophy and writings. I think that by studying photographers like Smith will provide use with a solid foundation of what it means to be a photographer, especially when we know the meaning behind their photographs.

This is what I call ‘The Moment of Capture Defined,’ which means to uncover the experience and emotion behind a photograph — its equivalence. As Precise-Moment.com moves forward, I will do my best to find and contextualize the motivations and philosophies of iconic and modern photographers.

If you would like to read more on my philosophy on photography and ‘The Moment of Capture Defined’ click here and here.